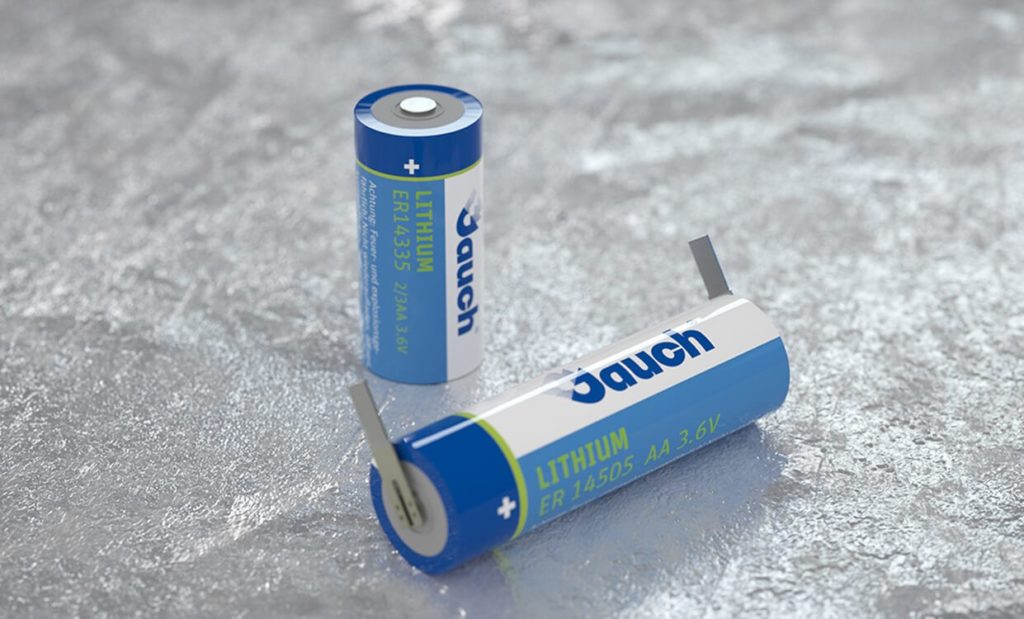 Lithium thionyl chloride (LiSOCl2) batteries are special in many ways; with 3.6 volts, they have the highest cell voltage of any primary batteries available. They are also extremely durable and can be safely stored for long periods of time. This excellent shelf life is the result of another special feature of LiSOCl2 batteries called “passivation”.

Unlike all other lithium primary cells, the lithium anode of a LiSOCl2 battery reacts with the electrolyte. As a result of this chemical reaction, a protective film of lithium chloride crystals forms over the lithium anode, thus impeding the flow of ions between the battery`s anode and cathode. This phenomenon is called passivation of the cell.

The passivation of LiSOCl2 batteries ensures an extremely low self-discharge rate during storage. On average, a lithium thionyl chloride cell loses only one percent of its total capacity per year. The degree of passivation increases the longer the battery is stored and the higher the storage temperature is.

This is visualized in the diagram below: 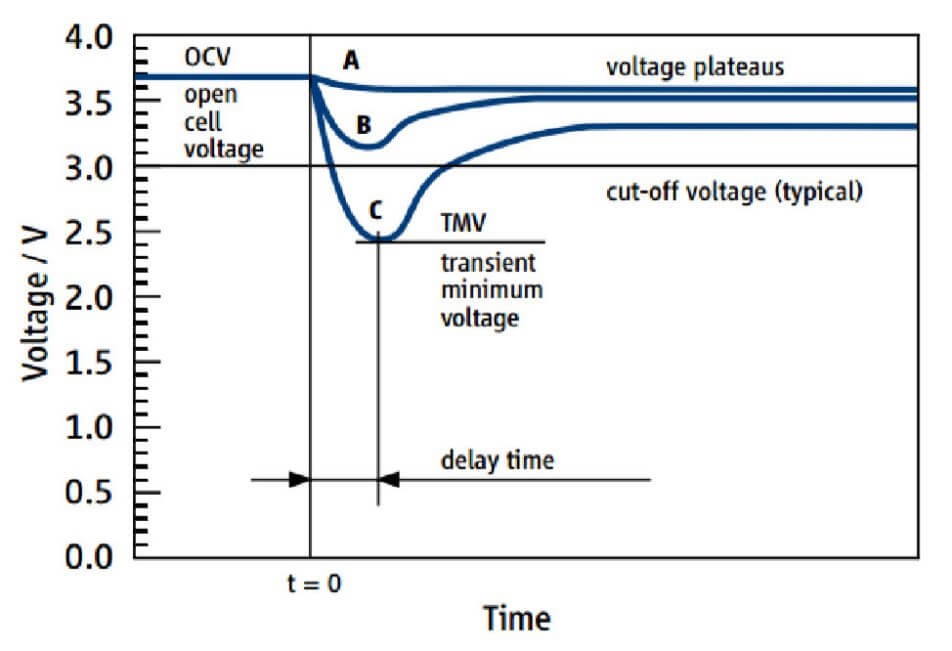 The diagram shows the effects of passivation as a function of the required discharge currents. Low or medium discharge currents as depicted by curves A and B would thus not have a great effect on the battery as the operating voltage will drop only slightly before returning to ist normal level.

However, problems could occur if a lithium thionyl chloride battery is immediately subjected to high discharge currents after a long storage period (curve C). In this case, operating voltage could even drop below the cut-off voltage, thereby using trouble for the application.

Fortunately, there is one effective way to prevent this. Many lithium thionyl chloride batteries are equipped with a “wake-up” function. This is a powerful capacitor, connected with the battery in parallel to compensate for the initial voltage delay.

As soon as a lithium thionyl chloride battery has been successfully depassivated, the operating voltage remains constant if current flows regularly. If not, the protective film on the anode’s surface will form again. In order to avoid this re-passivation, specific depassivation currents are defined for each battery type. For an ER14505J battery, for example, a continuous load current of 30 µA is recommended. It is also possible to apply a weekly pulse current of 20mA over a duration of 10 seconds, or a monthly pulse current of the same intensity over a duration of 60 seconds.

END_OF_DOCUMENT_TOKEN_TO_BE_REPLACED

You can find out more about which cookies we are using or switch them off in settings.

This website uses cookies so that we can provide you with the best user experience possible. Cookie information is stored in your browser and performs functions such as recognising you when you return to our website and helping our team to understand which sections of the website you find most interesting and useful.

Strictly Necessary Cookie should be enabled at all times so that we can save your preferences for cookie settings.

If you disable this cookie, we will not be able to save your preferences. This means that every time you visit this website you will need to enable or disable cookies again.

This website uses Google Analytics to collect anonymous information such as the number of visitors to the site, and the most popular pages.

Please enable Strictly Necessary Cookies first so that we can save your preferences!